On the lookout for latest trends and developments

This year, the Awwwards Conference took place from February 8–9 2018 in Berlin in the impressive Langenbeck Virchow House at the Charité premises. Our designers had the opportunity to locally participate in the colorful program comprising award ceremony, lectures, workshops, and a party.

At the event, a colorful mixture of UX and UI designers, web developers and digital dreamers from many nations got together. Major sponsors like Adobe and Google accompanied and enabled the event.

The two-day series of lectures started with an exciting contribution from Erich Nagler (GOOGLE Art director of Google Doodles). In particular, Mr. Nagler pointed out the importance of art directors by giving the position five important roles. He sees them as a conductor, curator, journalist, director and ethicist – all at the same time. 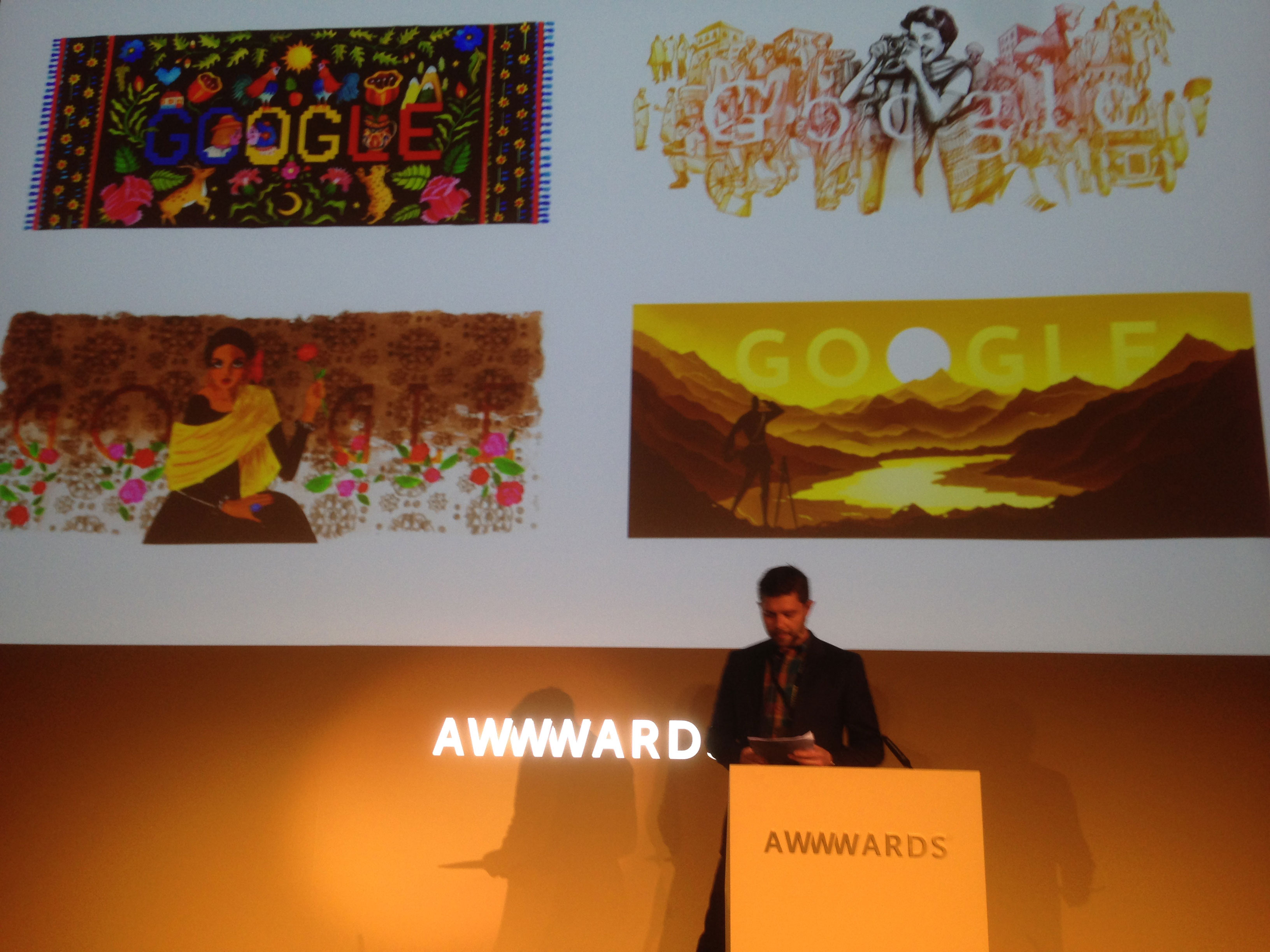 Jeany Ngo (AIRBNB Experience Designer) then described the search for meaning and sustainability in her generation. She doesn’t have any graphic education, and she pointed out to conference participants how important it is to work with passion and intuition, and how you should measure yourself against yourself instead of getting a spot via grades or titles.

In his presentation, Joel van Bodegraven (TRAVELBIRD Product Designer) looked ahead with optimism. Currently, people have to make about 35,000 decisions every day. Therefore, in the future we need intelligent systems screening and making decisions for us. The first developmental stages in this direction exist already, and thanks to the rapid technological development it is just a matter of time when most difficult daily decisions will be made for us by technology.

On the second conference day, Tobias Ahlin illustrated by means of a practical music industry example why Spotify is more successful than iTunes. Frequently, design is held responsible for lack of success, and in studies wrong conclusions lead to wrong questions. A successful product, however, is usually connected with other substantial factors like payment, poor user experience, or a flat rate.

Martina Flor (Martina Flor Studio) offered us a critical and simultaneously inspiring lecture on typography design. Our modern typography atrophies more and more, because almost all designers use the same stylistic devices. Old typography still had a direct relationship to product and services, and thus was an important orientation guide. In the future, typography should again be used as a means of expression and to communicate joy.

The team Anton & Irene (Anton & Irene, founder) offered us a short trip through time by presenting a visual arts project: a lesbian flat-sharing community in a women’s shelter of the 80s in Holland. Stylistic elements and graphics of the pictures were trends of the 80s. It was a private project without financial support, discovered and purchased by IKEA. The design style was a source of inspiration for the company and used in surveys on the topic: “How are we going to live in 2030?” This underlines the potential of private projects that are realized with passion.

The two-day series of lectures was finished by the presentation of Khoi Vinh (ADOBE Principal Designer), again pointing out the importance of designers. He posed the theory that in the past designers were just used to sprucing up things, while today design has a functional purpose. In the future, however, it is supposed to provide really good solutions. He called on us designers to develop stronger commitment to our profession, which should be communicated as easily and understandably as possible.

After the lectures, the prizes were awarded in five categories: E-Commerce Sites, Independent, Studio, Agency, Mobile Site and Site. Finally, as expected, “Artificial Intelligence” was elected buzzword of the year.

In addition to many new trends and developments in typography, illustration and design, it was very interesting to see that other participants have to deal with similar challenges in their daily work.

In the future we expect increasing simplification of digital applications, and at the same time a more individualized and versatile design.

by Team
Digital Experience Design
←
back to the overview