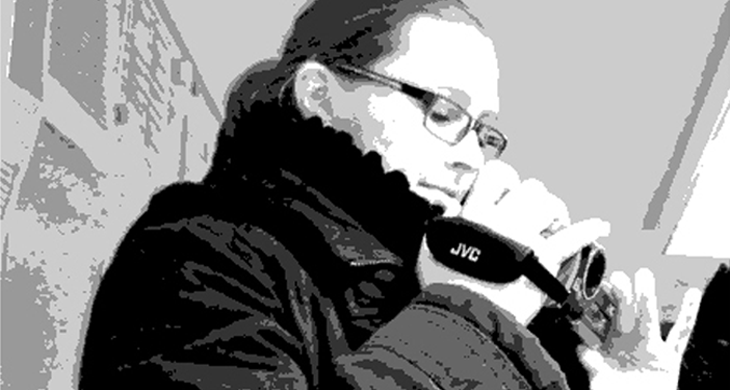 Shadowing is a qualitative method which is not very widespread up to today, where a person is accompanied by an observer like a “shadow”. The method was mainly used in the field of consumer research for new products or services. At D-LABS, we have successfully adopted it for the acquisition of working processes and the usage of business software and observed employees during their everyday work. In addition to the user, especially the context in which the product is used, general operating cycles, collaboration and communication are focus areas of this method.

Depending on the applied focus, the collected data can be used for both, target group analysis and product testing, as well as for satisfaction studies.

The most important principle of Shadowing is to distract the observed person as little as possible in order to not influence her/his behavior. That means, questions addressed to the observed person are - theoretically - only allowed in critical or in unintelligible situations. There are several ways to deal wi

Prior to the Shadowing, first conduct qualitative interviews or group discussions to get to know the topic. By doing this, the focus of the Shadowing can be narrowed down.

Collect all questions during the Shadowing for a qualitative interview conducted afterwards. Thus, the observed person is able to explain her/his behavior and can add general statements.

The observer is supported by a commentator, who explains behaviors, actions and background information. This is especially suitable for complex topics without a prior briefing.

The decision for one of these variants, the duration (from one hour up to several days) and the amount of observed people depend on the aim of the Shadowing and the requirements of its results. Moreover, the usage of an observation sheet template and the used recording tools (audio, video) are influenced by that as well.

After applying this method in several projects we derived the following best practices:

In any case it is useful to record the observation, because there are plenty of impressions which cannot be fully reconstructed later (even with notes). Depending on the duration and the aim of the recording, either video or photo can be used. In some cases audio recordings can be appropriate as well.

Video recordings of several hours are hardly usable. Therefore, it is suitable to take some photos of all important steps in the first place and use video recordings later for more detailed workflows (e.g. PC input).

If specific key aspects are known (such as time effort, material consumption, used documents, and tools), an observation sheet template may be supportive. Possible columns can be for instance: “Time” (for later identification on video or audio), “Person” (in case several people are observed), “Place” (in case the place is changed), “Documents” (e.g. if it is about document circulation in a company).

If you are on the move while observing it is useful to have clipboards with enough observation sheet templates (consecutively numbered) as well as empty sheets. A shoulder bag provides you with all other necessary materials (pens, camera, etc.).

The main advantage of Shadowing is that all observations are made in the natural context of the observed person. Therefore, context, informal communication, and artifacts can be observed and the resulting gain of knowledge is correspondingly high. Besides, little preparation is necessary and the effort for observer is kept within limits.

Nevertheless, Shadowing cannot guarantee that the situation is not distorted by the observer. Depending on the selected person(s) and the objective, the representativeness of the observed situation(s) can be insufficient. Furthermore, this method makes high demands on the observer and, due to the large amount of data, its evaluation causes a lot of effort.

Overall, Shadowing is a flexibly applicable method that proved itself at D-LABS for a fast and intensive familiarization with complex topics. However, as the basis for the User Research in a project, Shadowing should always be complimented by additional methods (such as qualitative interviews).

by Ireen Weise
User Research
←
back to the overview